The Perfect Starting Point to Satisfy Your Sense of Curiosity. 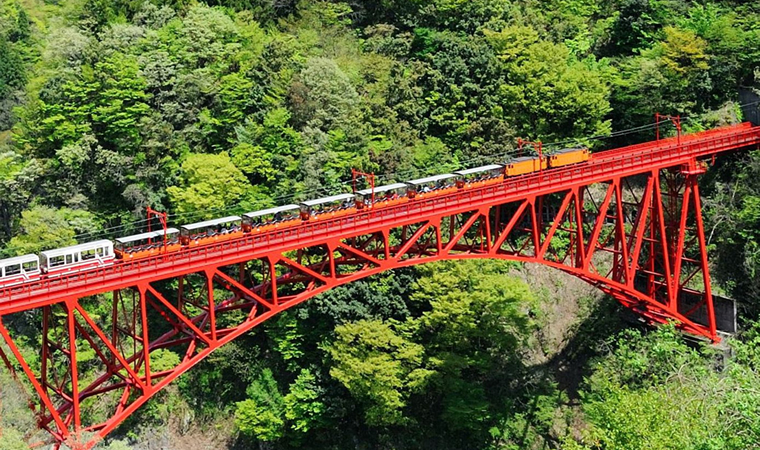 Tsurugi Koizuki is conveniently located near a world-class mountain resort. Travel above the clouds along the Tateyama Kurobe Alpine Route on the Tateyama Mountain Range, one of Japan's three sacred mountains, or enjoy a ride on the Kurobe Gorge Railway, surrounded by the natural beauty of Kurobe Gorge, Japan's preeminent V-shaped gorge. Tsurugi Koizuki makes an ideal base to explore Toyama and the Hokuriku region, full of sightseeing destinations with fans both in Japan and abroad. 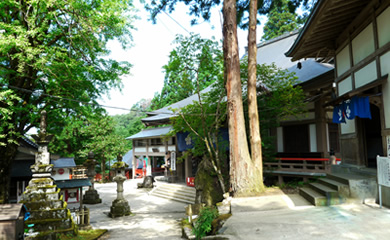 Closer to Tsurugi Koizuki, you'll also find other mystical sites worth visiting, like the Sacred Water of Anantan, said to be an elixir, and Ooiwa Mountain Nisseki-ji Temple, whose monks famously practice meditation under a waterfall. The Satoyama Cycling Course also starts here, making a great destination for the bikes you can rent from Tsurugi Koizuki, surrounding yourself with the natural beauty and warm people of the rural Japanese lifestyle. 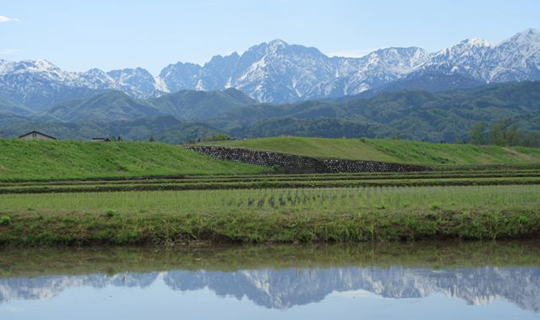 Tsurugi Koizuki's location, just ten minutes' drive from Tateyama Interchange on the Hokuriku Expressway, also makes it a great base for exploring the other prefectures in the area. Visit Kanazawa just an hour away, or see what the Noto Peninsula and the Hida region have to offer.
You'll have delicious food and hot spring baths to look forward to after a long day of sightseeing, enjoying the region's wide variety of sights and experiences. 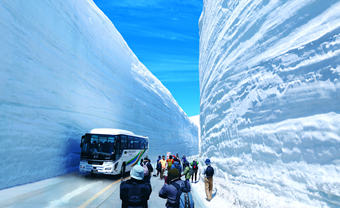 This route runs through the Northern Alps, a mountain range that rises over 3,000 meters above sea level, from Omachi, Nagano at one end to Toyama City on the Sea of Japan coast at the other. Enjoy the grandeur of both Mount Tateyama and Mount Tsurugi of the Tateyama Mountain Range, among many others, along this 90-kilometer route. 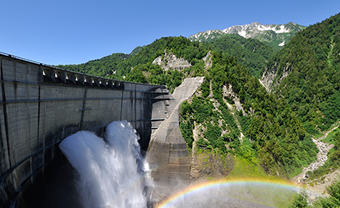 At 186 meters, Kurobe Dam is Japan's tallest dam, its incredible impact only heightened by its powerful spray of over 10,000 liters of water every second. The observation deck and pleasure boats make great ways to enjoy the natural beauty surrounding this highlight of the Tateyama Kurobe Alpine Route. 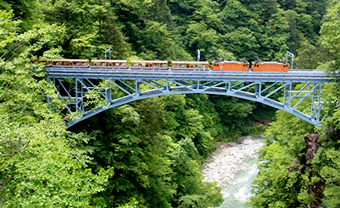 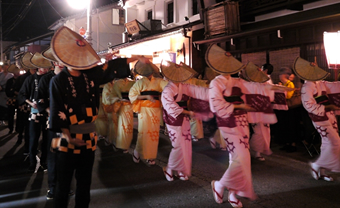 Held each year from the first to the third of September, this peaceful dance is performed as a prayer for good harvests and protection from disaster. The town of Yatsuo is also home to the Yatsuo Owara Museum, the Etchu Yatsuo Hikiyama Exhibition Pavilion, an old-fashioned townscape, and more, making it a nice town to wander around at any time of year. 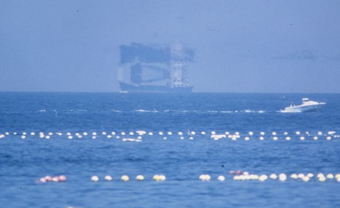 A subtle trick played by the ever-shifting light and air, the mysterious shapes formed by these mirages can last anywhere from a few minutes to hours on end. Mirage season extends from spring through early summer; if you're lucky enough to catch one, you can get an official certificate proving it at the Uozu Buried Forest Museum. 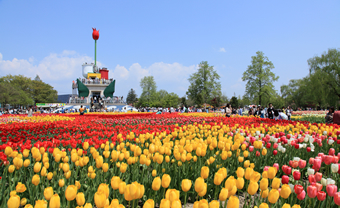 In spring, this park is home to over a million tulips across 450 different varieties, while summer brings the brilliant colors of the blooming cannas. The park also features a set of five waterwheels in a row -- among Japan's largest -- and waterwheel-powered mechanical dolls depicting Children's Kabuki, as well as the former Nakashima residence, which features the restored scenery of the houses scattered across the area. 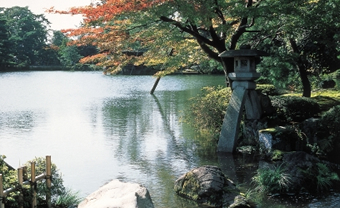 The three finest gardens in Japan are said to be Kairakuen in Mito, Korakuen in Okayama, and Kenrokuen in Kanazawa. Maeda Tsunanori, the fifth lord of the former Kaga Domain, built Renchi-tei garden in the 17th century; the garden was later expanded, arriving at its current form during the reign of the 13th lord of the domain, Nariyasu. The garden is dotted with famous trees and stones. 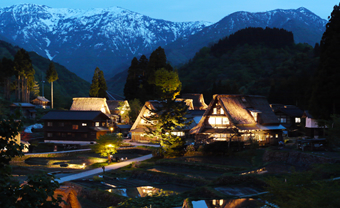 Long considered totally secluded due to its location in a harsh, mountainous region, this village has in modern years come into the spotlight for the old-fashioned gassho-zukuri thatched-roof architecture and traditional atmosphere that are faithfully maintained here to this day. Gokayama is also the home of Japan's oldest folk song, Kokiriko-bushi. In 1995, the villages of Gokayama and Shirakawa-go were registered as a UNESCO World Heritage Site. 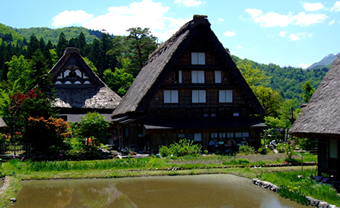 This small village of only 1,900 is located on the Gifu prefectural border. Its famously distinctive gassho-zukuri architecture has earned it recognition alongside Gokayama Village as a UNESCO World Heritage Site. In addition to its uniquely old-fashioned architecture, the area is also famous for the natural beauty of Hakusan National Park, which includes the Ojirakawa area. 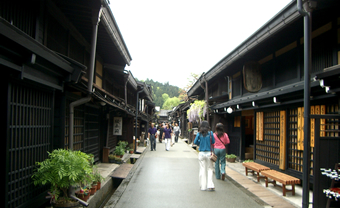 This "Little Kyoto" of the Hida region is famous for its many houses two or even three centuries old. With two different morning markets, the old townscape of Sanmachi, and more, Takayama's many memorable sightseeing spots make it popular with travelers, and the Takayama Festival, held each spring and fall, is considered one of the three most beautiful festivals in Japan.